What is eddy current testing?

On objects made of electrically conductive materials eddy current testing can be used to test for integrity, composition and tempering quality, or also for geometric dimensions. In the process it exploits the physics of electromagnetic fields. 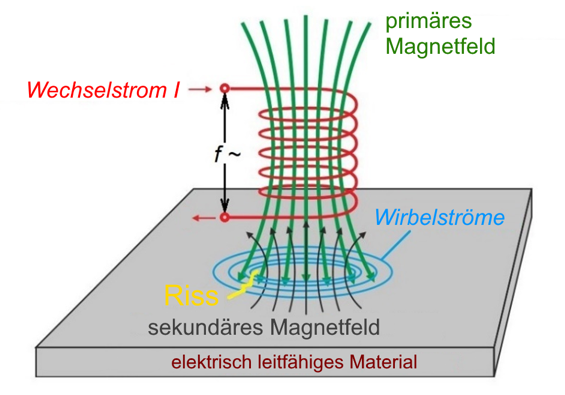 Should the test object have any local defects (e.g. cracks, non-metallic inclusions, pores, corrosion pits), the eddy currents won’t be able flow unimpeded anymore. With that, the value measured on the coil changes in comparison with a test object that is defect-free. As the probe slides along the test object the high-frequency carrier signal of the eddy current coil (HF, excitation frequency) is modulated, which means the signal level varies. For the displayed example of a crack, the signal level increases. With the help of demodulation a low-frequency signal (LF) is acquired, which contains the information about the test object, including any possible defects. 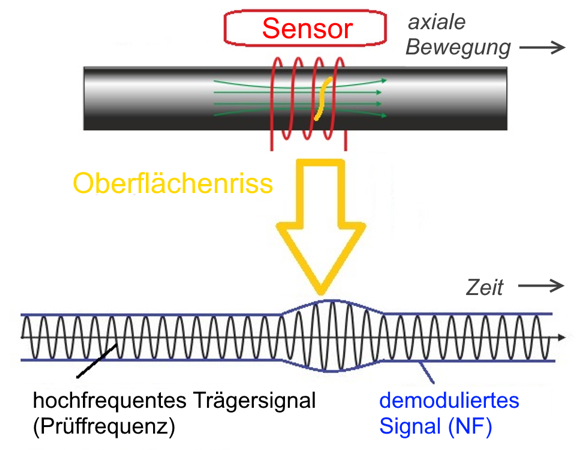 Based on the variations in coil impedance it is possible to record and characterize the properties of the test object (insofar as they have an influence on the nature of the eddy currents), including any possible defects. Specific analysis methods are required for this, such as amplitude or phase analysis, signal form analysis or harmonic analysis. Before testing begins the eddy current instrument must be configured (excitation frequency, amplification, phase settings, filter settings, etc.) with the help of reference objects, which must possess certain properties in terms of geometry (dimensions, shape), material parameters (electrical conductivity, permeability, hardness) and material defects. To ensure reliable test results the test conditions must be adhered to while testing is in progress (e.g. constant probe distance and uniform testing speed). All disturbances (e.g. mechanical vibrations, temperature fluctuations or interfering electromagnetic fields) should also be ruled out, or minimized as much as possible. Another important requirement for successful eddy current testing is the choice or development of a suitable probe; this includes the number and arrangement of the coils used, the type of electrical wiring, their dimensions, number of turns, a magnetic core if necessary, or shielding. 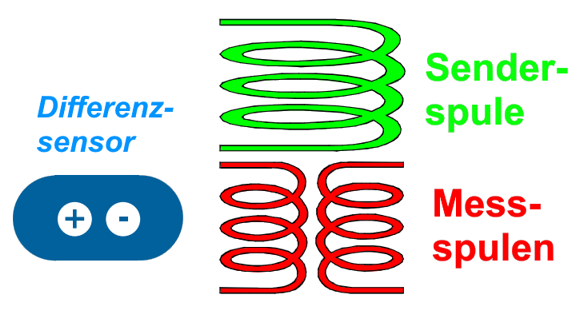 Because of the “skin effect”, the strongest eddy currents form on the surface of the test object; with growing distance from the periphery their strength drops rapidly. That is why eddy current testing is categorized as surface technique, which principally can be used for all electrically conductive materials. Since the nature of the eddy currents is affected by numerous properties of the test object there are diverse fields of application for eddy current testing (e.g. testing for material defects, determination of wall thickness, measurement of material characteristics for sorting purposes, measurement of layer thicknesses, and many more).

Compared to other non-destructive testing methods the eddy current method is characterized by the following benefits:

– no preparation or subsequent treatment of the surface necessary,

With such characteristics, it is highly suitable for use in automated testing systems.