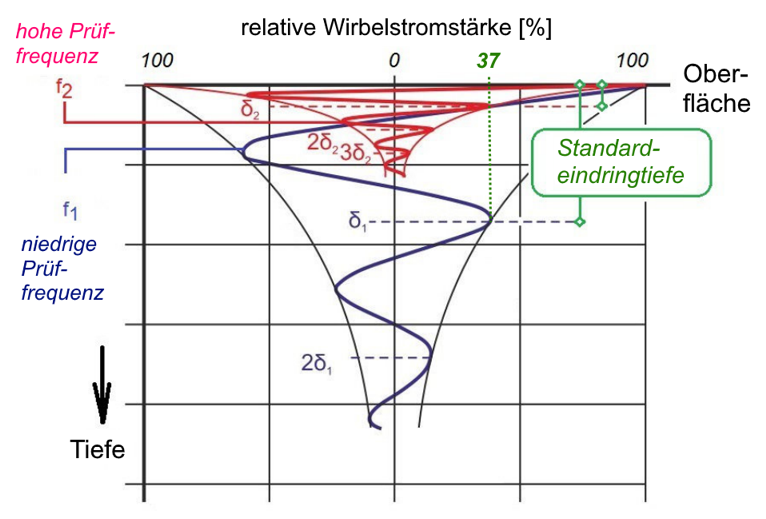 The standard penetration depth δ corresponds to the distance at which the eddy current intensity has fallen to approx. 37 % of the value at the test specimen surface (this corresponds to a decrease by a factor of 1 / e ~ 1 / 2.7). It is not a fixed value, but depends on the respective test conditions: the test frequency (f), the electrical conductivity (σ) and the relative permeability of the test object (µr) and can be calculated approximately with the following formula:

So it is valid:

The greater the electrical conductivity or relative permeability or the higher the test frequency, the more the eddy currents are concentrated on the surface of the test object and the smaller the standard penetration depth.

The relative eddy current strengths for selected integer multiples of the standard penetration depth are δ:

The depth 3δ is also known as the “effective penetration depth”. Material changes or defects located at greater depths can generally no longer be reliably detected with sufficient sensitivity because the eddy current intensity has already dropped too much.

Test objects with a wall thickness greater than 5δ are considered “thick-walled”; a further increase in wall thickness would not cause any further change in the measured value at the eddy current coil.

On the basis of the standard penetration depth, the depth detection capability can thus be roughly estimated, taking into account the existing test conditions (material properties and test frequency). 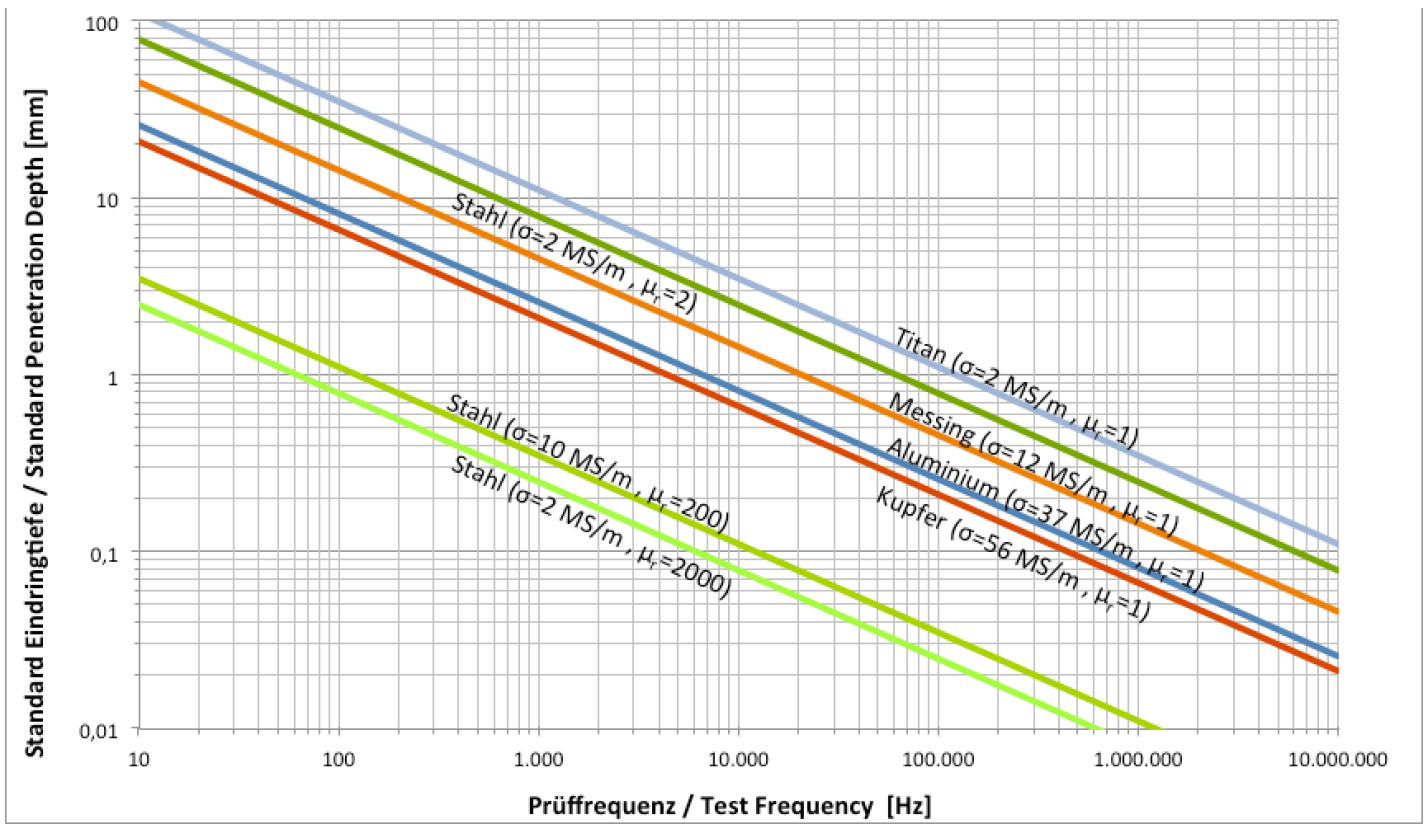